My first experience of being with laboring women was in the local referral hospital in Cape Town, South Africa. I was a first year medical school student and wide-eyed and excited about spending a few hours there one night. There were a few ladies laboring but nothing too exciting until we were invited to watch a caeserian section.

So there I was in my green pyjama-like scrubs with my mask and hat, standing close enough to see and far enough to be healthily safe. My only memory of the caeserian was that the lady was flapping her arms uncontrollably. They were secured onto arm boards but due to the spinal she was shaking violently and could not control it. Her right arm kept hitting the assistant surgeon (probably an intern) on the buttocks. And she said “Stop coming onto me and hitting me on the bum.” And they all laughed and laughed and continued the joke. I was horrified, ashamed, embarrassed and shocked. I just hoped the young lady having her first baby could not understand English enough to know what was going on, as her baby was being born.

That deeply impacted me. Two years later I chose to have my baby at home and NOT in a hospital (for so many reasons.) And my birth experience equally impacted me. Probably more. I experienced empowerment, love, connection, nature, support and all the other good things that swerved my career path to supporting other mothers to have THAT kind of birth experience.

But I had to complete my studies and internship. I was in and out of maternity obstetric units, secondary hospitals, tertiary hospitals across the Western Cape. What I saw deeply disturbed me. The verbal physical and emotional abuse ravaged me. As a student I wrote letters of complaints. I noted down staff’s names and reported them. I summoned a meeting with the heads of obstetrics and requested answers, reactions, prevention of the incidents I had witnessed.

I reported a 16 year old girl getting severe fundal pressure, episiotomy without anaesthesia and being shown her baby hanging upside down after birth. I was told that I did not spend enough time at that hospital to comment.

I told of incidents at local hospitals – incidents that were not only abusive but broke protocol. Not allowing laboring women a partner with them. Mothers being shouted at “Your baby is going to die. It is your fault. You have made your baby sick.” Not being allowed to move around. During a vaginal examination of a young teenager – “you let him put it in there, now this is what we have to do.”

I have seen racism, rudeness and force by the head of departments. I have seen disregard for consent. I have seen midwives joke and poke and stare at various vulva’s when the mother is conscious and her head is behind the screen in preparation for a caeserian section.

I have been helpless – waiting for a logbook to be signed; and not said anything until afterwards.

I have also seen tired, hard-working midwives and doctors that are really trying their best to manage under very difficult circumstances.

The problem is that the birth experience has a hugely profound effect on the mother and baby, individually and their relationship. It is not only “nice” – it really does matter how a mother and baby are treated during this time. The imprints and sequalae have far-reaching effects in terms of psychology, neurology, sociology and psychiatry. So we need to pay attention!

We are speaking about basic human rights. And human rights in childbirth is really really important. The way we treat our laboring and pregnant mothers and newborn babies matters. There is an organization that is ralleyed to support, inform and educate mothers and their care-givers. And they give conferences around the world – inviting ethics professionals, lawyers, obstetricians, midwives and anthropologists (to name a few). Soon there is one in South Africa, my home land, and then one in India – where I stay now.

To go even one step further and encourage an awareness – of the sacredness of being pregnant, giving birth and being born – and remember THIS in each interaction – in antenatal clinics, in labour rooms, delivery suites, emergency runs, theatre, postnatal wards, nicu – homevisits… It invites a very different balanced, conscious and embracing paradigm of birth that works too.

Because being rude, raising voices, using harsh words, forcing, lying does not help anything anyway – in any situation. We do not have that right. It will catch up with us. It seldom works for the desired affect anyway.

Thank you to the midwives and birthworkers that take the time and patience to hold someone’s hand when she needs reassurance, to be kind and gentle and understanding when performing a vaginal examination, to look into a woman’s eyes and speak to her with soft and gentle words, to respect her wishes, to explain things to her, to handle her newborn with gentle care and attention.

Please be kind to the next pregnant woman you meet – no matter how she pushes, how old she is, how overweight or underweight she is, how her vulva looks, whether you agree or not with her birth choices, her postures.

This is her right. It is called the right to dignity. And if you cross it you are contravening a basic human right.

Women – please claim your right back. It is yours. 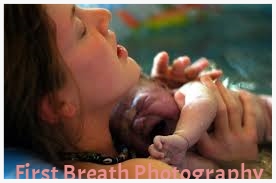 “Will the baby breathe?
Everyone is holding their breath. Identifying with the baby unconsciously. We have all returned from our own births – fighting for breath just like this newborn baby; on the verge of suffocation……” 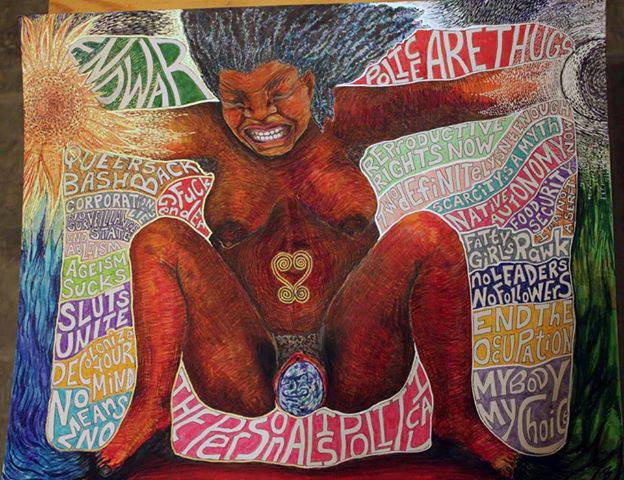 She was labelled “unco-operative” – in her labour, just afterwards and the label remained the following morning on the ward round….I was at her labour. I know what happened.

She was not un-co-operative. She is not a piece of property to manage. She was primal in her labour as every woman should be.

The most important thing we can do to ensure a healthy immune system is to make sure that microbial seeding occurs during childbirth, and postpartum. This is essential information that should be taught to all of us at school level. I explain why and how to protect this evolutionary event. 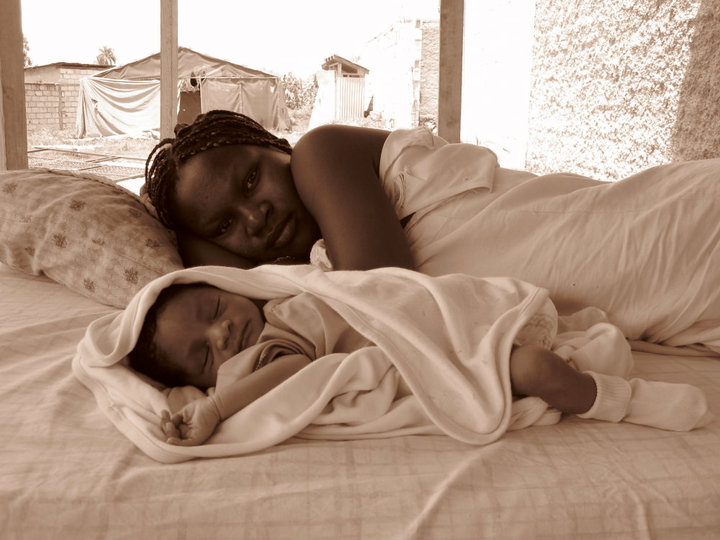 I would like to give a very raw flavour of what birth in the western cape has been for me in my last few years in medicine…. 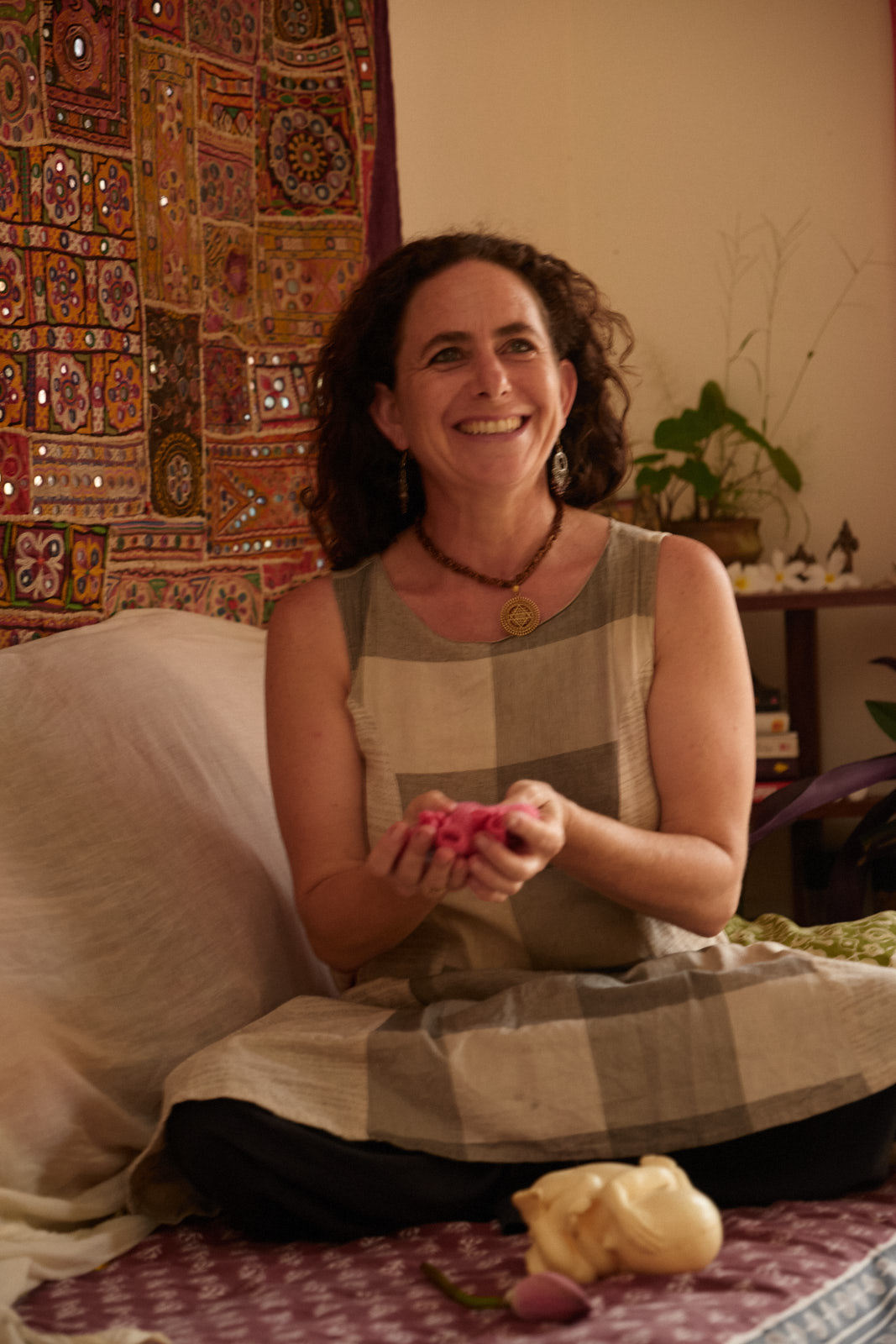